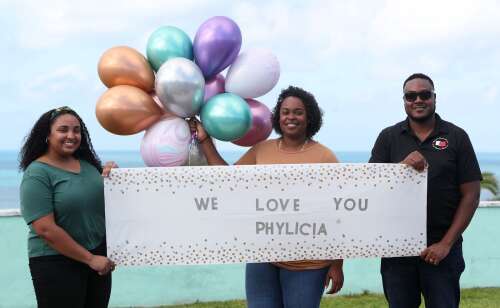 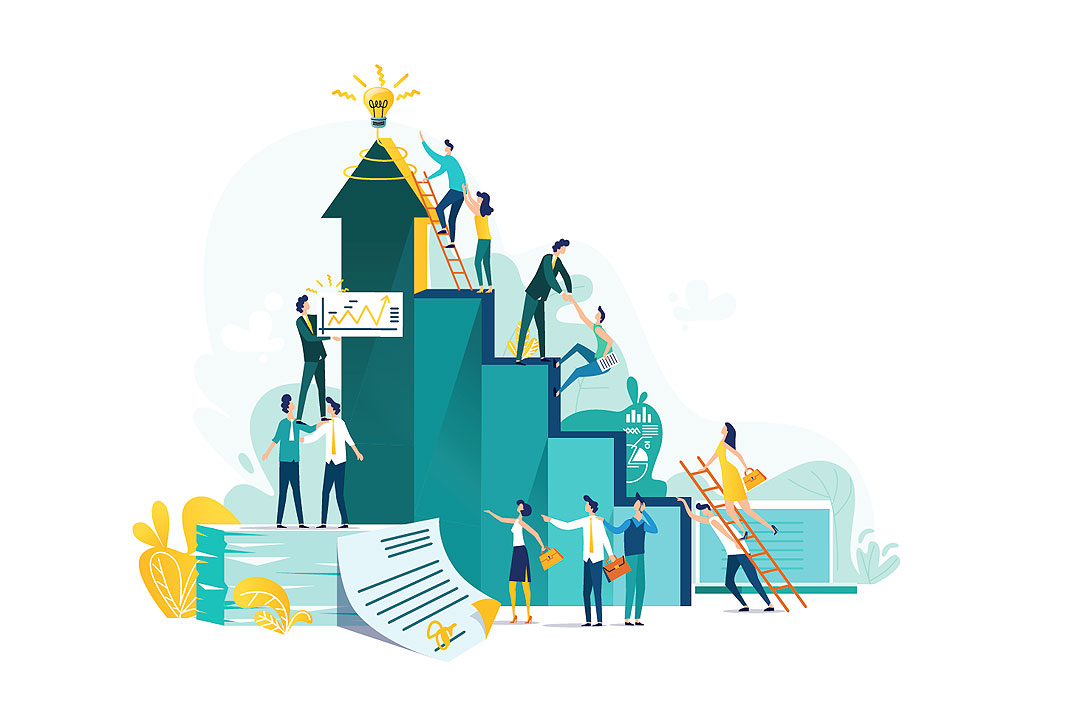 Christian directors for God and the country By James Finn | SYRACUSE – When 17-year-old Tyler Johnson walked into Tully High School near Syracuse, New York yesterday morning, he felt anxious and unwelcome in the building. He was afraid a conversation he must have had with principal Mike O’Brien, who had just banned him from revealing his homosexuality in a school publication, had forbidden him to share how he had overcome the bullying and depression that had caused him serious mental and physical health problems in his early teens. As Tyler walked through the halls, he heard encouraging words.

“Tully needed you! Cried a child.

Still, Tyler was aware of an undercurrent of disapproval from his conservative upstate New York community, and he was afraid of how the day would turn out.

So a rollercoaster of acceptance / rejection continued that began on Thursday and continued until last night. Tyler’s story is too similar to the stories of LGBTQ youth across the United States. It’s a powerful reminder of the important work that remains to be done and the importance of the heroes.

Administrators at Tully High School publish a monthly newsletter; each issue features a “Senior Spotlight” highlighting an exceptional student, who answers a series of interview questions. Tyler was thrilled to have been selected as the main star of January.

In the TikTok video embedded below, you can listen to one of his responses:

Shortly after Tyler submitted his answers, Principal O’Brien took him aside and told him he would have to rewrite. Tyler paraphrases O’Brien like this: “You are such a unique student, such a positive face in our community. We want you to be in the spotlight, but you can’t say you’re gay or that overcoming bullying is your accomplishment.

O’Brien explained that district policy does not allow mention of “sexuality, orientation, religion or illegal drugs” in the Senior Spotlight.

O’Brien was lying, but more on that in a moment.

Tyler declined to rewrite or allow his answer to be omitted, saying he would rather not be honored than have his truths silenced. His mother, Pamela Custer, called O’Brien on the phone to defend her son, but the manager did not change his mind, repeating (lying) that he could not go against official policy of the district.

Tyler posted his TikTok Thursday night, Friday morning he had over 5,000 views, and his phone exploded with messages of support, including a text from the president of the Tully Board of Education, who told Tyler that she believed what was happening to him was wrong.

Early Friday morning, after a coworker notified me, I emailed Tyler asking for an interview. He responded immediately, saying he appreciated any help he could get, not only for himself but for other LGBTQ students in Tully and elsewhere, many of whom are still locked up, who deserve respect and support.

By the time Tyler and I spoke in the afternoon, he was delighted. He had had another meeting with Principal O’Brien, who told Tyler he was sorry for not feeling welcome, that he supported LGBTQ students, endorsed the GSA (Gender and Sexual Alliance) club that Tyler and other students are training. He said he had arranged a change or exception to district policy and that Tyler’s full answers would be published in a future Senior Spotlight, but not in January, as another student had already taken Tyler’s place.

Then the roller coaster took another plunge

I was ready to write a “hero’s tale” about Tyler, highlighting him as a positive force that educates people (even educators) about the need for LGBTQ equality. Tyler is outgoing, cheerful, articulate and persuasive. Few students would have found the courage and ability to challenge censorship and homophobia the way he did. He is a leader who sets an exceptional example. This is worth a story on its own!

But he and his mom Pam called me last night with more stories, which are less positive and worry Tyler again. He’s nervous about going to school on Monday, and for good reason.

Let me back down.

When Tyler wrote that he had overcome bullying and depression, he wasn’t kidding. Pam gave me the details and Tyler gave me permission to share them. When he was a young teenager living in West Virginia, he struggled to understand his homosexuality. He was closed off to everyone, sometimes even denying himself the truth, but he was still bullied, mocked for presenting himself as less than traditionally masculine.

He became so depressed that he was hospitalized several times, with doctors unsuccessfully seeking physical explanations for the severe and persistent abdominal pain. I asked Tyler if he had ever become suicidal during that time and he said no, not at the level of planning anything, but he thought about it. He thought it would be easier not to exist.

Pam was beside herself. She packed the family and moved to upstate New York to give Tyler a fresh start. It worked. At Tully High in Grade 10, he developed a tight-knit group of friends. He became gay little by little, he found support and he got better. He attributes this to the community of Tully in many ways.

When I ask him if his school supports LGBTQ children, he praises the teachers, other students, and much of the staff. But every time I ask him if he considers his school environment favorable, he hesitates. His voice hangs. He pauses.

I ask him what it is.

He tells me that he is one of the only gay children in school, that he knows that many locked up students are afraid to go out. He knows two trans kids in school and gives them major props for their courage, which his tone of voice tells me is a level of courage beyond ordinary.

He explains that he is lucky to be an extrovert and to have a good group of friends, but he knows he is the exception. I tell him I know what he means as I think about how shy I was in high school and never would have found the courage to go out, let alone be a leader or challenge a member Staff.

I think about how Tyler has to deal with the fact that Principal O’Brien lied to him, that for the rest of his time at Tully High, he will have to wonder what that means.

That’s what Tyler and Pam called to tell me last night, and that’s what I mean by roller coaster. They learned from a confidential source that Principal O’Brien had invented the so-called district policy banning references to “sexuality, orientation, religion or illegal drugs” in the Senior Spotlight. (It turns out that religion is very present sometimes anyway.) They say that O’Brien telephoned District Superintendent Robert J. Hughes to ask if he could withdraw Tyler’s response to him. be gay and overcome bullying. The two made up a nonexistent policy, then O’Brien lied to Tyler about its existence.

Knowing this, Tyler says he feels unwelcome in the building again. He also says he is determined to be “the last student this happens to”. He says he’s not trying to make life difficult for O’Brien or Hughes, but says they have to be held accountable for what they’ve done. (What civil rights lawyers are telling me is probably a violation of the New York State Education Act and the Federal Civil Rights Act of Title IX.)

He and his mother Pam tell me they want O’Brien and Hughes to issue a formal public apology as a form of assurance that nothing like this will happen again, and as an encouragement to other LGBTQ students and staff. . Insurance is necessary. Tyler learned this morning that the district forced the Tully Elementary School social worker to remove mention of her husband from the biography he submitted to them, even though many heterosexual teachers and staff mentioned husbands. and women in their biography.

How are LGBTQ students supposed to be role models?

Gay kids learn they’re inferior, and cis / straight kids learn it’s okay to treat them that way. These are the lessons that O’Brien and Hughes came together to teach, and while it’s wonderful that they changed their minds in Tyler’s case, it seems they only did so because his TikTok exploded and they were afraid of bad publicity.

LGBTQ rights are human rights. LGBTQ people are human beings who deserve voices, role models, representation and honesty. Thank you, Tyler Johnson, for your fight to give a voice to the voiceless.

James Finn is a former Air Force Intelligence Analyst, a longtime LGBTQ activist, a Queer Nation and Act Up NY alumnus, a regular columnist for the LA Blade, a contributor to other LGBTQ media and an “agent” but unpublished novelist. . Send questions, comments and story ideas to [email protected]

The previous article was previously published by Prism & Pen – Amplifying LGBTQ Voices Through Storytelling and is republished with permission.

Previous Mangaluru: educational institutions in danger because of communitarianism, according to the Indian Christian Federation
Next Educators Call for More Funding for Schools Despite Staffing Problems | national news

Cities and states spend a lot of money to attract remote workers. Tulsa, Oklahoma, will …